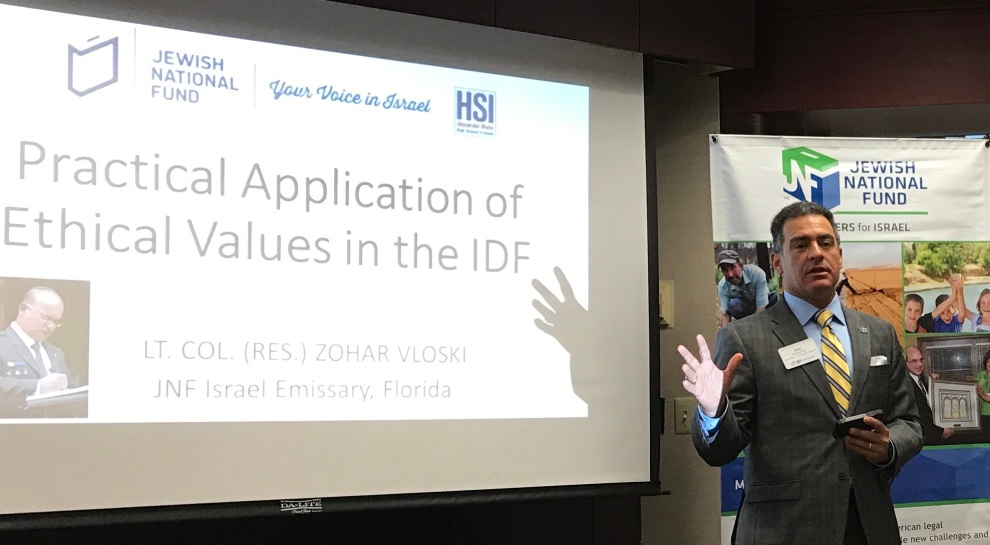 Zohar Vloski, has been a senior educator for three decades and an expert in the area of the State of Israel’s focus on leadership, values, Jewish identity, Zionist identity, and Israeli identity.   Until recently, Zohar served as the Executive Director of JNF’s Education Division for nearly three years.

Prior to his JNF educational position, Zohar was an educational entrepreneur in innovation in education and led projects and educational programs in Israel and abroad, including American-Israelis in North America, and he also led many delegations to Poland.

Zohar has served in the IDF for 25 years as a commander of Education units & Education Officer and he previously played a key role in a series of senior IDF’s educational system, including the command of the IDF’s educational Midrashot, and management of all an educational ground forces.  During Zohar’s army service he led some projects connecting Taglit birthright to the army soldiers, “Witnesses in Uniform” IDF officers in Poland, Jerusalem tour for every IDF soldier, and Shabbat in Jerusalem for every IDF officer.   Zohar retired from IDF as a lieutenant colonel.

Zohar holds a master’s degree in law (LL.M) from Bar Ilan University as well as a bachelor degree in law (LL.B) from Shaarei Mishpat College, and he also has a graduate degree in the Land of Israel Studies (B. A) at Bar Ilan University.  Zohar  is also certified as an Israeli tour guide by the Ministry of Tourism, and as a senior educator and Poland guide Zohar graduate from Yad V’Shem and the ministry of Education and a graduate of Command and staff College of the IDF.

During Zohar’s presentation, he spoke of the IDF’s ethical training provided to its military forces and the need to balance the needs of its mission with the rights of those involved and affected by the mission.